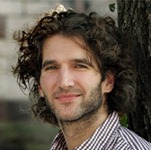 Variety is reporting that David Benioff has become the latest screenwriter to tackle the long-in-development project, Gemini Man. Gemini Man follows an aging hitman that is forced to fight a clone of his younger self. Walt Disney Pictures is making the film with Jerry Bruckheimer as an executive producer. Gemini Man has been in development since way back in 1997 with several writers taking a stab at it over the years. With Bruckheimer now on board, the chances of it making it to the big screen have greatly increased. Benioff started his screenwriting career by adapting his novel, 25th Hour, which was directed by Spike Lee and starred Edward Norton. He wrote the screenplay for Troy starring Brad Pitt and Stay starring Ewan McGregor and Naomi Watts. His current projects include an adaptation of the novel, The Kite Runner, and the X-Men spin-off film, Wolverine. Benioff will paid around $2 million for his work on Gemini Man.