"Spider-Man 3" Has Biggest Opening Ever… For Now 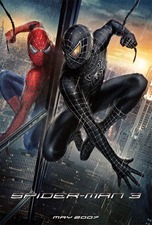 Spider-Man 3 set several box office records this past weekend. It had the biggest opening day ever at $59.3 million as well as the biggest 3-day opening total with $151.1 million. Its Saturday and Sunday grosses also set individual day records. I, for one, am not surprised about this, nor will I be surprised if Pirates of the Caribbean: At World’s End breaks these records when it is released on May 25th. Remember, the film that previously held these records before Spider-Man 3 crawled onto screens was Pirates of the Caribbean: Dead Man’s Chest ($55.8 million 1-day total and $135.6 million 3-day total).

However, Walt Disney Pictures doesn’t seem as interested in breaking records as they are about cashing in. Today, they announced POC: At World’s End will open at 8:00 PM on Thursday the 24th in order to make as much money as possible in its opening weekend. By opening just four hours before Friday, the franchise will not have a very good chance to regain these box office records because those sales on Thursday will not count for the way the box office records are tallied. On the other hand, it will be even more impressive if it does still break records after the Thursday night opening. We’ll know in a few weeks. I’m just hoping At World’s End is better than Dead Man’s Chest. Personally, I thought it was just so-so. I was embarrassed for the movie-going public that it kept making so much money week after week. Maybe it wasn’t their fault. Maybe there just wasn’t anything else in the theaters worth watching.