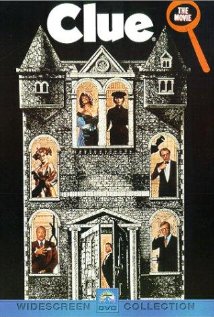 ave played the board game Clue, but there are a few who have never watched the comedy film Clue. Keep in mind that the movie is rated PG so parents will want to be present, when younger viewers are watching this film. Just like in the game, the characters take on the personas of the famous game characters. This is also one film where you get the chance to pick which ending you like the most to the mystery. Since this is a comedy, viewers will be laughing up a storm at the crazy antics that occur. To learn more about this film, you need to go to http://www.imdb.com/title/tt0088930/?ref_=fn_al_tt_1. This movie gets a five out of five popcorns rating.