Fans of the Fat 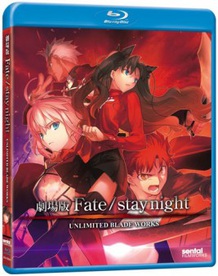 e/Stay Night series will likely enjoy the movie Fate/Stay Night: Ultimate Blade Works. The film is almost like a retelling of the series, but it shows viewers everything that happened from Rin’s point of view. The storyline is also a little different from the animated series so old time fans will get a kick out of that. However, those who have not watched the anime can still find enjoyment out of the movie because it gives you enough information to know what is going on in the fictional world. Viewers will also learn a little more about the character Archer during this movie than they did in the series. To learn more, you need to go to http://www.animenewsnetwork.com/review/fate/stay-night/unlimited-blade-works/blu-ray. This film gets a five out of five popcorns rating.