New on DVD and Netflix Streaming: The Raven (2012) 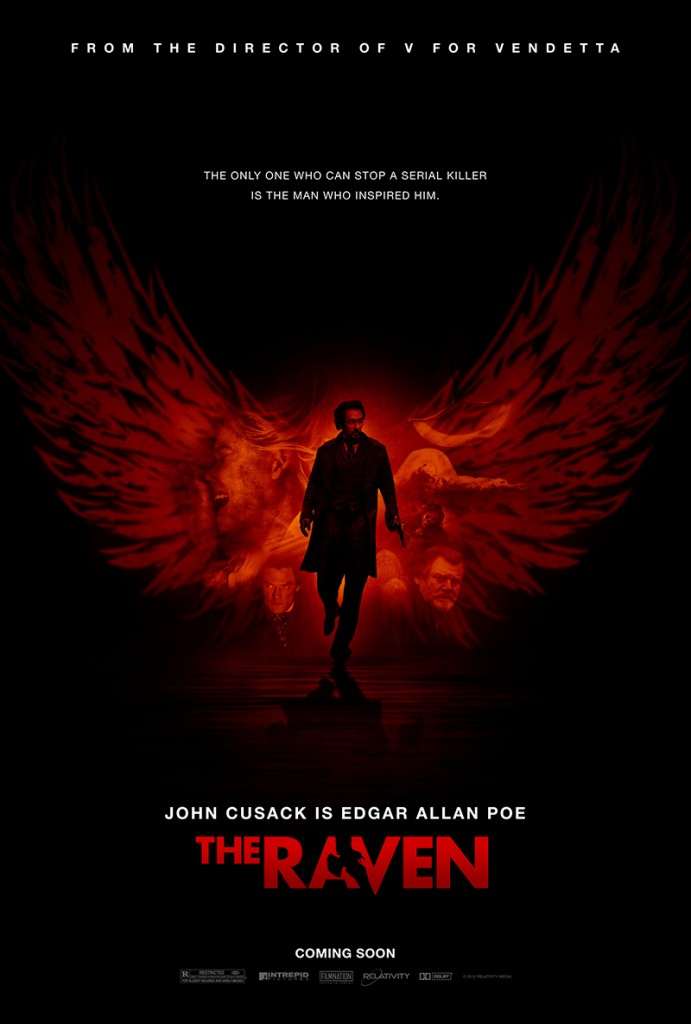 Edgar Allan Poe’s death has been a source of speculation for many years. He was found delirious and wandering the streets, before being taken to the hospital where he died four days later. He was incoherent and unable to explain what happened to him. No one seems to know what really afflicted him, but theories range from suicide and alcoholism, to rabies or influenza.

This movie takes on not only Poe’s death, but his most grisly works of fiction, as a serial killer uses them as different ways to kill his victims.  I love Edgar Allan Poe! I love John Cusack! I really wanted to love this movie, but it was mediocre at best. The plot was kind of slow and the acting was a little over the top. I felt that the relationships between the characters were overly explained and rather shallow. I did enjoy the way they used the serial killer plot to explain Poe’s mysterious death. I had great hopes for this movie and was disappointed that it didn’t live up to my expectations.