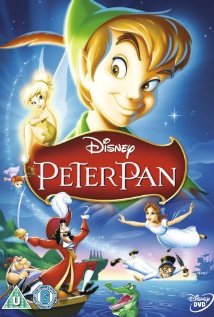 n many think about Disney, they honestly think about the movie Peter Pan. The fairy Tinkerbell became every little girl’s dream, which has even led children to dress up as her on Halloween. Peter, the main character, is also very popular for his desire to always stay a child no matter what happens. His friends that live with him in Neverland often find themselves at odds with the adults who are pirates. You will experience drama, comedy, and action at every turn in this classic film that was released in 1953. People who have never seen this film should really give it a chance this year. To learn more about Peter Pan, you need to go to http://www.imdb.com/title/tt0046183/?ref_=fn_al_tt_2. This movie gets a five out of five popcorns rating.