Pokémon: Arceus and the Jewel of Life 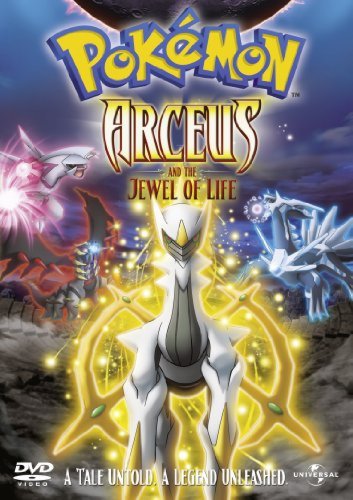 Ash and the gang are back in Pokémon: Arceus and the Jewel of Life. This time, the gang must go back in time to help the suffering Arceus who is considered to be a Pokémon god. Dialga does its best to aid in their efforts to save the legendary Pokémon from anger as well as certain death. A plot in ancient times is on the move though, and the evil has happened once already. Will Ash and his friends be able to pull through? You will just have to watch for yourself to see what happens to the gang as well as the ancient Pokémon. This film receives a five out of five for the storyline as well as the attention to detail. To learn more, go to http://www.pokemon.com/uk/pokemon-movies/movie-pokemon-arceus-and-the-jewel-of-life-2009/.