The Relic is one 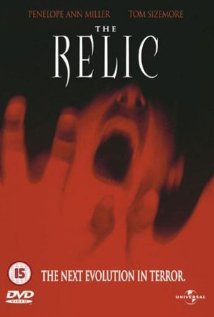 of those thriller movies that will keep you guessing until the very end. A monstrous creature seemingly appears in the museum and starts killing people. A group of museum workers must do everything in their power to sort out the mystery behind the monster as well as a shipment of leaves that appeared earlier that day. Throughout the movie, viewers will experience a wide range of emotions but the most prominent will likely be fear. This is a movie that should be watched together, if younger viewers are present. To learn more about the film as well as the actors, check out http://www.imdb.com/title/tt0120004/?ref_=sr_2. The Relic gets a five out of five popcorns rating.