Orange is The New Black 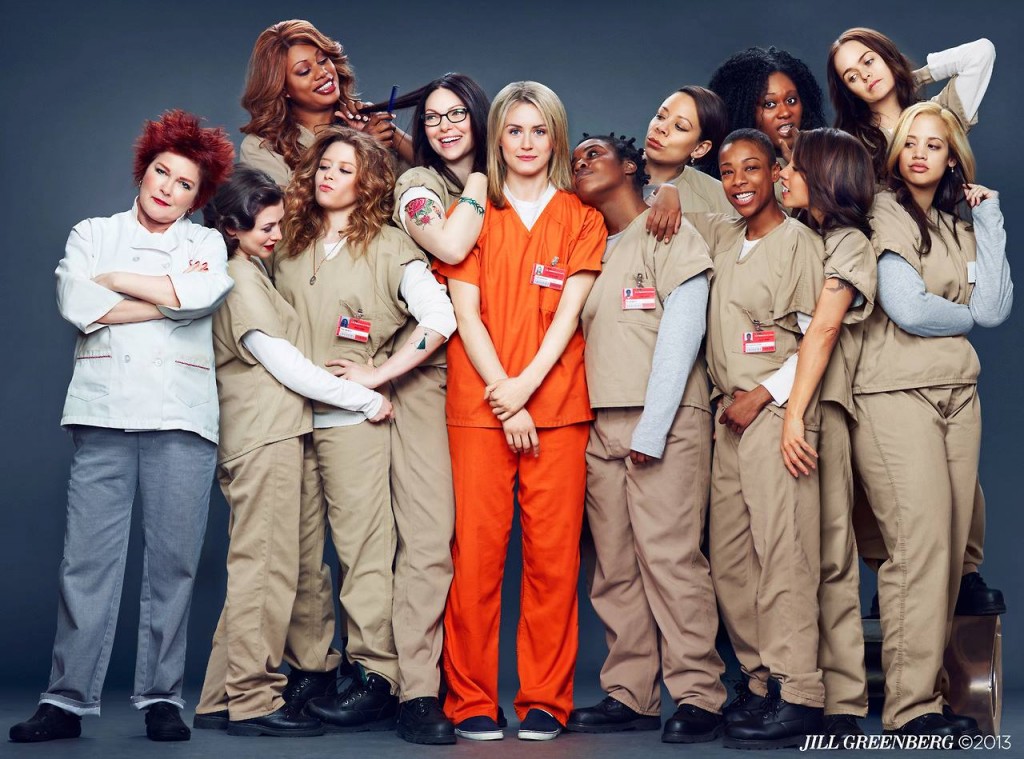 If you only subscribe to Netflix to watch “Orange is the New Black” it is totally worth it! As usual, I’m behind on watching the most popular shows. I am just about half way through with the first season (binged on it for 6 hours and would have continued, but had to get to work) of Orange and I’m in love! I mean, I should have known that this show would be amazing. Not because of all the awesome reviews and accolades that it has received, because let’s face it – most shows that get great reviews are crap! I should have known I would love Orange is the New Black because I loved every single episode of Weeds and both shows were created by Jenji Kohan.

The whole premise of the good girl in prison is so interesting. I tried, but couldn’t stomach OZ, it was just too real. I felt too much anxiety, fear, and stress during the few episodes that I watched. Though Orange seems realistic as well, it’s not so hardcore. You feel the stress and anxiety of confinement and not being in control, but someone isn’t being “shived” every episode either.

I think the reason we can all relate to the show is that we’ve all been in similar situations. Not that we’ve all been in prison, but we have all had experiences where we “stuck our foot in our mouth” and had to try to figure out a way to fix it. Of course, we weren’t being starved to death by the head of the prison kitchen, but we can still relate. The fear of the unknown and of making mistakes in unfamiliar surroundings is also very common place. To me, this is similar to how most of feel when starting a new job. Even though the circumstances are not quite the same, the emotions that we experience are.

It also doesn’t hurt that the entire cast are just unbelievably good at portraying their characters.

Taylor Schilling is brilliant as the blonde haired, blue-eyed, girl next door character, Piper Chapman. It’s easy to like Piper, but want to shake her sometimes. She just makes a lot of stupid decisions.

You can still a little bit of Donna from That 70’s Show in Laura Prepon’s character Alex Vause, but you really believe she is Piper’s jilted lover and the reason that Piper ended up in prison.

Nicky (Natasha Lyonne), a recovering drug addict, becomes Piper’s first friend in prison and tries to help point in her in the right direction. She also enjoys trying to figure out the relationship between Piper and Alex.

Veteran actress Kate Mulgrew is wonderful as “Red” and her control of the kitchen and a good percentage of the prison population if absolutely believable – I certainly wouldn’t want to square off against her!

The struggles of the transgender Sophia Burset (Laverne Cox – a real transgender) to get the hormones she needs to remain her feminine self are very fascinating. A little trivia: Laverne’s twin brother M. Lamar portrays Marcus (Sophia before she completed gender reassignment surgery).

Michelle Hurst as Miss Claudette makes you really care about her and her struggles in life. I can’t wait to learn more about her life and I hope she will be able to get out on parole soon.

This show is just so full of interesting characters. Strong, confident women who have made mistakes, some of whom are trying to pay for them and some of whom are just getting by from one day to the next. I can’t wait to watch the rest of season one and on to season two, then I’ll be freaking out like everyone else, waiting for season three to come out!

Filed Under Netflix Reviews Tagged With netflix, orange is the new black
0 comments… add one