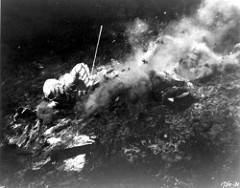 by State Library and Archives of Florida

What happened to all the classic horror movies that many generations of people knew and loved? Well they are still out there somewhere, hidden in old movie sections of video rental stores, waiting to scare the crap out of people once more. Many original black and white movies have bee restored and digitized to DVD format, some remain in their original black and white form, while others have been colorized.

What was it about the classic horror movies that attracted so many audiences, again and again? It was the state of the art special effects back then, stop motion camera techniques, allowing you to see Lon Chaney Jr. transform from a normal human to the tortured soul of the wolf man. How many people watching this transformation in utter horror, even though they knew they were watching a movie?

When people are watch the horror movies of today, they take for granted that many of the special effects incorporated today were born from the classic horror movies of yesteryear. Stop motion photography, rubber masks and other add ons, make up techniques, were all unheard of before these movies came out. Special effects teams back in the day didn’t have all the computer generated graphics back then and had to come up with everything literally from their own imaginations.

It wasn’t just the special effects that made classic horror movies something to watch over and over, it was also the characters brought to life by actors who often put their hearts and souls into their works. Although the classic Dracula has been redone many times, just like Frankenstein, and spin offs of the wolf man, many of us will always remember Bella Lugosi, Boris Karloff, and Lon Chaney Jr. in these classic roles. Not only did they brilliantly bring these characters to life, they put heart and soul into these classic monsters.

These actors also told the characters sad story in these classic horror movies, from the problems that Dracula had faced having to live forever, lonely, watching the world evolve around him while he didn’t. Or Boris Karloff’s portrayal of the innocent Frankenstein Monster, brought to like from pieces stolen from graves. You experienced his child like demeanor and his sad wonderment when he accidentally kills the child. You can almost see the question in his eyes while the villagers are attacking, ‘why are you doing this to me?’ These are the characters that many loved to hate, but were also the first ones with tears in their eyes when these poor creatures met their demise.

Many of the younger generation today watching scary movies of today are horrified by special effects. An while story lines may have changed, or some that don’t even have a very good plot, ‘slasher films’ as they are often called, they just don’t have the same engagement as the classic horror movies many have grown up with. It’s all right though, because with modern technologies, these classic movies of yesteryear have been brought back from the dead once more. I guess you just can’t keep a good monster down, which is perhaps a good thing in the ‘end’.

The Cool Ghoul is a Horror Host in Northeastern Ohio. That’s the Cleveland area, to you and me. His show was on the air, on a weekly basis, from 1970 to 1972 and from 1984 to 1986. George Cavender, (AKA The Cool Ghoul) is not only a huge fan of the classic horror movie genre, he is also an authority on the subject.

Filed Under News and Updates Tagged With Classic, Horror, movies
0 comments… add one